3D printing in the medical industry, where is it headed?

In 2012, the market for 3D products reached $777 million, and is predicted to grow to $8.4 billion by 2015 as medical applications are developed. Research Manager, Lucy Little looks at how 3D printing is evolving in the medical industry and what the future is likely to hold.

Put simply, 3D printing, otherwise known as additive manufacturing, is the process of making solid, three dimensional objects from a digital model. The model is sliced into thousands of horizontal layers, and once uploaded into a 3D printer, each slice is read to create a solid object through the successive layering of material (e.g. plastic) onto a platform.

With the first 3D printer created in 1984, the majority of usage up until now has been in rapid product prototyping, or mould production, however we are now seeing 3D printing being used to create finished products. In the medical sector, 3D printing is developing in areas such as prosthetics, dentistry (crowns, caps, etc.) and hearing aids. Just recently,?one application of 3D printingsaw the creation of a structure to replace 75% of a patient?s skull damaged from a motorcycling accident.

Technology is now being taken one step further through the printing of living tissue, otherwise known as Bioprinting. Last year a university in China announced it had created a 3D printer that printed a small?working kidney?that lasted four months. Also in 2013, a?bionic ear?was created at Princeton University in the US.

More and more companies are looking into the use of 3D printing to create organs, blood vessels and skin. San Diego based?Organovois one such company. Its short term goal is to use a patients own cells to print tissue strips that can be used to patch failing organs, and long term, to create whole new organs.

How are they doing it? As with traditional 3D printing, it involves building up layers, in this case, of human cells. Cultured cells are harvested, formed into spheres then loaded into a cartridge to form BioInk. The BioInk is loaded into the NovoGen MMX bioprinter together with a cartridge of Hydrogel, a synthetic matrix used as scaffolding for building up the layers of cells. The printer then prints alternate layers from these two cartridges until the desired number of layers is printed. The tissue is left to mature and the Hydrogel removed.

Sounds relatively straightforward. But a significant challenge is that living tissue requires a vascular system; the cells making up an organ require oxygen and nutrition, and a means of expelling waste. Organs are comprised of multiple different cell types all doing different jobs. But technology is advancing at an incredible rate. Just this month?researchers at Harvard?demonstrated a method for creating tissue interwoven with blood-vessel like structures.

Todays focus of application is the use of printed functional cells for pharmaceutical testing which has potential to not only offer significant time and cost savings in the R&D process? where a new drug on average is estimated to cost? $1.2 billion, taking 12 years to develop, but also improve accuracy by using human cells rather than animal models.

Looking further ahead brings the application of bioprinting to simple tissue implants such as cardiac patches. The ultimate goal is printing of partial, then entire organs for transplant, with the aim of addressing shortages in transplant availability and reducing rejection rates given the organ can be grown from the patient?s own cells.

Whilst we still have a way to go to succeeding in whole organ printing (todays processing speeds mean an average sized liver would take 10 days to print), with the rate of technology advances, it is fast becoming a not so distant reality.

With it will likely come a complex ethical and moral debate (who has the right to produce these organs? Do we have the right to play God at such an extreme scale?), however with over 112,700 solid organ transplants conducted globally in 2012, and an estimated 18 people per day dying waiting for a transplant, one thing is for sure: bioprinting is set to revolutionize healthcare as we know it. 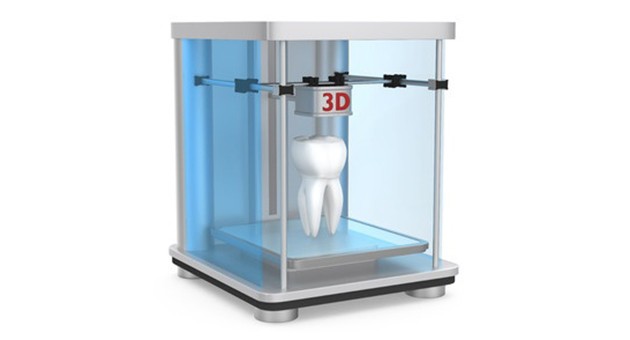