A snapshot of healthcare market research in China

Having worked in the Chinese market since 2003, CMR is well positioned to comment on the cultural nuances of market research in the world's most populous nation. CMR CEO, George Ashford explains more.

No longer just an emerging market, China is now a global powerhouse; the world?s largest exporter and second biggest economy. The World Bank predicts continued strong growth, estimating the Chinese economy will be the fifth fastest growing globally through 2015.

Recent multi-billion dollar government investments (totalling well over $100bn in the past three years) have helped ensure wider economic growth is mirrored in the medical device sector, whilst the increasing tendency towards Westernised living habits is also having an impact. The prevalence of heart and lung diseases, not to mention diabetes is ballooning as Chinese lifestyles change, creating further potential in the healthcare sector.

However, whilst the very thought of such massive potential may cause marketers to go weak at the knees, it would be naive to think the same approaches to business and indeed research used in the West will bear fruit in China. The appropriateness of methodologies and techniques often differs, but China?s sheer scale also causes issues not normally associated with research in the West. It is by no means an easy market to understand let alone crack.

With 33 provinces and 658 cities spread across 9.7m km the country is geographically and culturally diverse. Indeed, as a country of 1.3 billion people China is far from homogenous; you wouldn?t take a ?one size fits all? approach to Europe, an area with a population of 735 million so why do it with an area that is home to one fifth of the world?s population?

Although major cities such as Guangzhou, Beijing and Shanghai benefit from advanced healthcare systems, in rural areas healthcare often tends to be less sophisticated. Added to this, transport infrastructure is such that whilst Western companies may dream of reaching massive numbers of patients, the reality is that access to the entire population is nigh on impossible.

It makes most sense to conduct market research in first and second tier cities, partially because this is where the greatest potential exists once products have been launched but also in terms of minimising research costs and maximising quality.

So what are the key differences to bear in mind?

Aside from location, methodological approach is also critical. In this respect there are a number of differences in China when compared to the West. The Chinese are perhaps less comfortable than their Western counterparts when it comes to abstract concepts and ideas. Ask them to think of what may happen in the future, what new devices would make their lives easier or what makes a good medical device and they may struggle. However, conversely they are great at giving honest opinions. They tend to deal in fact and don?t feel the need to concoct a response to save face; if they don?t know the answer they are perfectly comfortable saying so.

Recruitment techniques in the major cities mirror those used in the West. There are plenty of existing panels that can be utilised and cold-calling is also frequently employed to identify new participants.

In the smaller cities and rural areas it is common for friendly healthcare professionals or even hospital admin staff to be enlisted to act as recruiters, referring colleagues as appropriate. Physicians unfamiliar with market research may be hesitant when invited by strangers to participate in research in return for an honorarium. Although rebates from pharmaceutical companies and so called ?red-envelope? payments from patients are common, they are becoming increasingly frowned upon and as such healthcare professionals are wary of unsolicited approaches. The use of a ?familiar face? in recruitment can therefore be highly effective.

Referrals are also particularly important when it comes to patients (regardless of location) as advertisements for focus groups aren?t permitted.

Given China?s size, it?s fair to say that telephone and online methodologies are widely used to reach those in disparate locations. Telephone interviews of up to 60 minutes work well and according to the China Internet Network Information Center, the internet penetration rate is 42.1% (564 million people). Whereas 10 years ago face-to-face contact was as important in market research as in any other line of Chinese business culture, more remote communication methods are now highly acceptable.

There are however disadvantages in relation to online. Physicians rarely have their own offices and internet access is shared within hospitals. Many simply don?t have a chance to respond during working hours and busy senior physicians in particular are disinclined to participate in their free time. It is also worth noting that even online surveys (particularly those with patients) are subject to geographical bias, with internet penetration rates far higher in the major urban areas. Furthermore, the national firewall (the ?Golden Shield?) also causes issues, at times hindering online surveys, particularly if they involve redirects to content hosted outside China.

Barriers in relation to online surveys can be overcome by combining web and telephone based approaches, with interviewers conducting telephone interviews with respondents and entering answers directly into the online survey, a technique which is comparable cost-wise to a standard online approach.

Whilst China?s expanse negates the viability of conducting face-to-face interviews or focus groups in outlying areas, they work well in the more populous areas. Indeed, Chinese culture lends itself to face-to-face contact.

When it comes to healthcare professionals it is generally better to conduct face to face interviews in central locations rather than in-field. Chinese physicians can see literally hundreds of patients a day and even if they make firm commitments to in-field appointments they are likely to be disturbed by colleagues or patients.

Focus groups are also feasible, particularly with patients but less so with surgeons and more senior physicians who are inclined to require a more personal approach. This relates in part to their reluctance to participate in a group discussion with junior colleagues and partially due to the financial value they place on their time. In addition, Chinese culture dictates that high-level business discussions demand one-to-one contact and any senior physician giving up his or her time will want to ensure the interview is treated with sufficient gravitas.

Patient focus groups are also common and unlike certain other Asian markets, in China it is acceptable to mix gender, age and education attainment without issue. Those living in second tier cities tend to be less familiar with market research and as such require a longer warm up time at the start of the discussion.

In terms of the logistics of face-to-face methodologies there are also a few differences when compared to the West. Whilst daytime groups with professionals tend to be impracticable, patient groups can take place during the day (including the morning).

Chinese group discussions generally work better with fewer participants, with mini-groups or groups of six participants generating a higher quality of dialogue than a group with eight to ten participants.

The Chinese are highly respectful of appointment times and also view being turned away from a meeting as disrespectful. Therefore over-recruitment isn?t as common as it is in the West and when it is necessary, clients should be prepared for the moderator to accept everyone that turns up.

Finally on the logistics front, if clients want high quality viewing facilities with Focus Vision then it is necessary to stick to Shanghai, Beijing or Guangzhou.

Clearly China continues to hold massive potential for medical device manufacturers but it is essential to gain a comprehensive overview of the market. Using a market research company that understands Chinese business culture and can translate its nuances through Western eyes is critical. Having conducted medical device research with a wide range of healthcare professionals and patients in China, CMR is well placed to do just that. 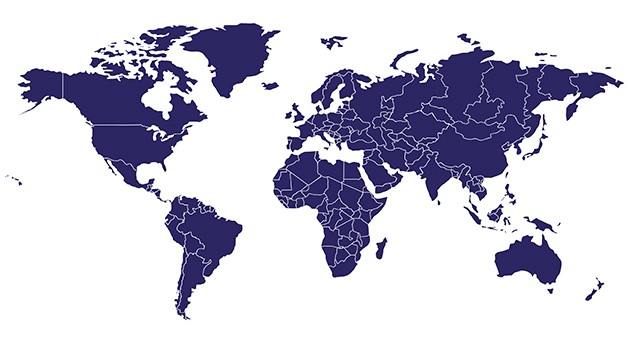