Coined in 2002, the phrase ?gamification? is a buzzword in the market research industry. But what is it and how can we use it to give clients better results? Take a look at CMR;s overview of gamification, one of the key innovations in market research at the moment.

Conventional survey design wisdom centres around making it as easy as possible for respondents to give us the information we need. However, in our best efforts to help respondents understand what we are asking and avoid misinterpretation, researchers frequently seem to end up turning a relatively simple question into a convoluted, overly formal paragraph of exhaustive instructions and qualifications. The result? Our surveys come across as dry and dull to answer, respondents are turned off and even an exciting topic soon becomes boring. This can lead to patchy data quality and eventually, conclusions based on shaky foundations.

Gamification offers an intriguing potential solution to these issues. In essence, gamification means bringing game thinking and game mechanics into a non-game context to enhance engagement with a topic or activity. By introducing game-like elements to our surveys we can, so the logic goes, make them more fun for respondents to complete, increase the amount of attention they pay and potentially, the quality of the feedback we receive. Counter-intuitively, a gamified survey may be (or at least seem) more challenging to complete than a standard survey, going against the ?make it easy? mantra. However, research evidence from John Puleston of GMI suggests the fun factor, along with our competitive instincts, makes respondents more willing to invest the additional effort.

Puleston?s research clearly demonstrates how framing a question as a challenge can promote respondent effort and data quality. For example, setting time limits for unprompted brand recall/awareness questions (e.g. we challenge you to name as many brands as you can in 2 minutes) was found to consistently increase the number of brands respondents named, even though time constraints specified were far longer than respondents would on average spend on such a question. In a similar vein, Puleston also found that restricting the number of words permitted for an open end response (e.g. using only 7 words) actually increased the average number of words respondents generated.

Puleston also examined the impact of bringing long-time qualitative projection techniques to the quantitative online arena. The research community has long been aware that people are poor predictors of their own behaviour, but apparently, this doesn?t stop them successfully predicting others. In an experiment challenging respondents to ‘predict what price this product will be sold at the average prediction was within 1% of the actual price point. In contrast, asking how much would you pay? generated an average that was more than 50% less than the actual price, a considerable difference in accuracy.

But gamification is not just about setting up challenges. In fact, some of the most interesting techniques I?ve seen explored by industry innovators involve simply reframing questions to provide a richer context for the respondent and more closely simulate real world decision making. Coming from a background in Psychology where lack of ecological validity is a key criticism levelled at much experimental research, these ideas have a natural appeal to me. For example, rather than asking How likely, on a scale of 1 to 5, would you be to use this therapy if it were available to you? a gamified style of question might ask a respondent to Imagine that you have been referred a patient with X condition who is rapidly deteriorating. You have access to these 3 therapies and must make a quick decision. Which do you prescribe? With the latter question style closely mirroring a realistic decision making scenario, it is intuitively easier to believe there will be a firm link between the research results and doctors real world behaviour.

In my view gamified survey design has significant potential to enhance data quality and validity, as well as to improve the survey experience for respondents. However, despite all the hype, gamification has apparently been slow to take off in market research, with even many consumer agencies (as far as I am aware, at least) just starting to dip a toe in the water. Apprehension on both agency and client side alike is likely to be responsible for this slow start. While we are all well aware of issues surrounding traditional survey question formats such as rating scales, their long standing use makes them familiar to both researchers and clients, and challenging the status quo is always difficult. Gamified surveys on the other hand are a relative unknown, presumably with alternative pitfalls not yet identified. That said, if I was challenged to predict what share of market research surveys will utilise gamification techniques to some extent in 10, or even 5 years from now, my bet would be for a significant increase on today?s proportion. 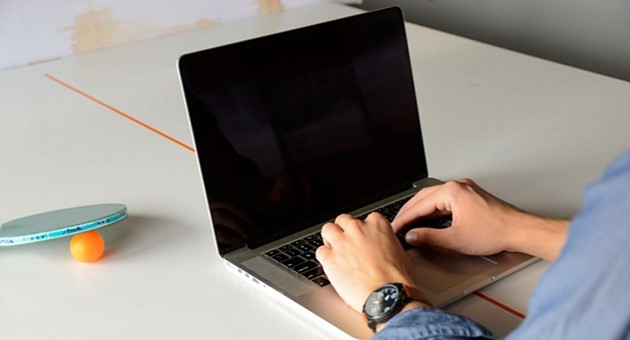